Clouds Unravelled – The Ins and Outs of Cloud Design in VUE

« Back to All Events 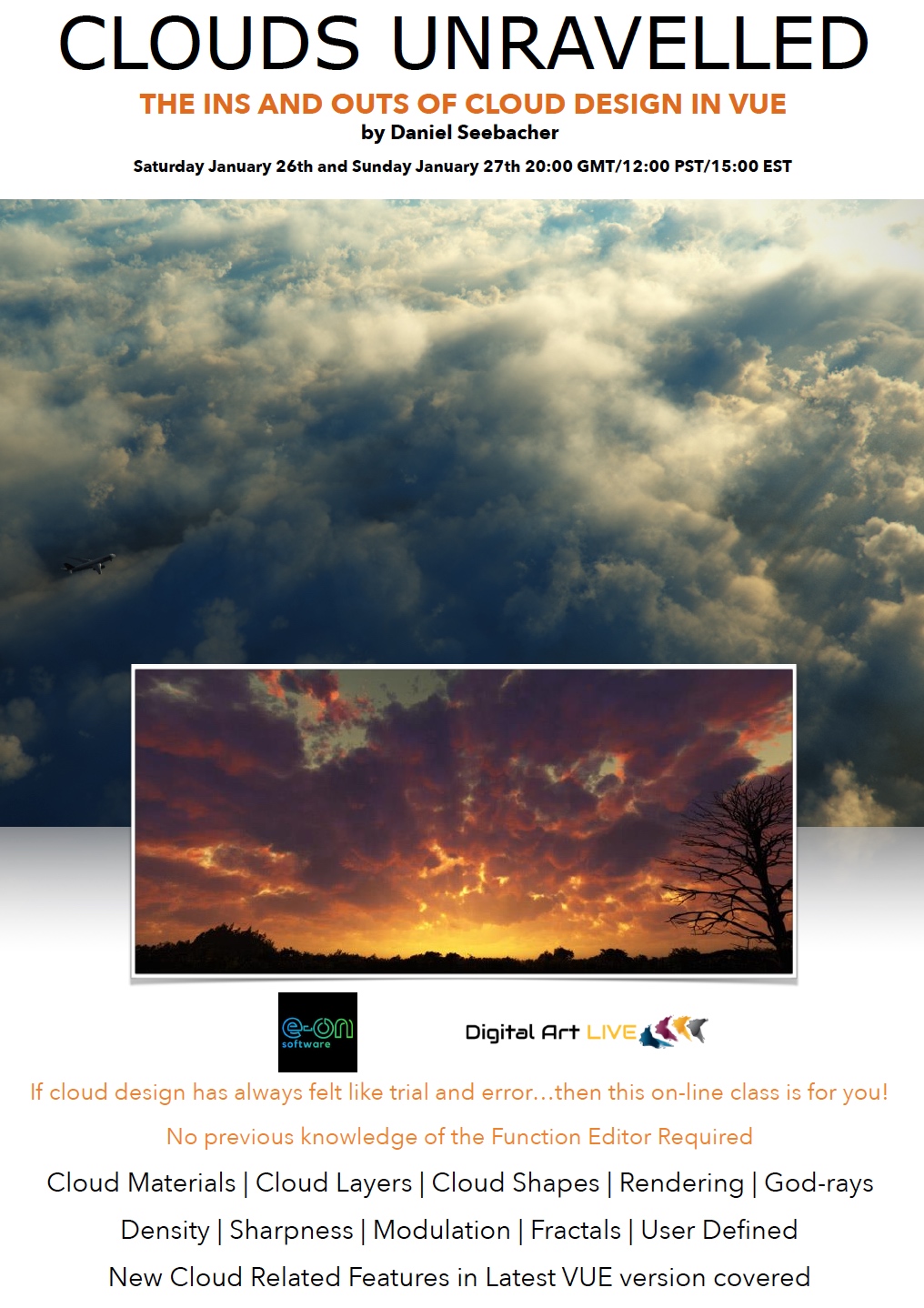 These webinars teach you the fundamental concepts of working with Spectral Clouds in Vue. Clouds are a complex subject to master, since they are entirely procedural. If cloud design has always felt like trial and error, then this on-line class is for you!

We will work mostly in Vue’s Function Editor, so this webinar is also a good opportunity to get comfortable with functions and graphs. There is no previous knowledge of the Function Editor required. We will ease into nodes nice and slowly!

As a bonus, the webinar also covers the new cloud-related features in the latest release of Vue, including:-

In the second session, you will additionally have the chance to ask questions about your own cloud scenes, which you may message Digital Art Live prior to the webinar. Note: Please only include the clouds in your scene and remove all other objects due to file-size.

About the Presenter : Daniel Seebacher 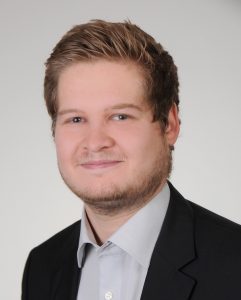 Daniel Seebacher has been using PlantFactory since its first version and has twelve years of background in VUE. He recently held a PlantFactory webinar on behalf of e-on/Bentley for students of the Bournemouth University in UK. His area of expertise lies in VUE’s Function Editor and PlantFactory’s node-based plant construction. He has contributed preset content and tutorial files to both VUE and PlantFactory and is currently writing a comprehensive book on VUE’s Spectral Cloud System that will unravel advanced node-based techniques for building Cumulonimbus clouds and much more. Daniel was featured in 3D World Magazine and has contributed a chapter to Duncan Evan’s “Digital Mayhem: 3D Landscape Techniques”. In 2010, he was among the finalists of e-on’s 3D Environment Competition.

Besides rendering natural environments, Daniel works in the German publishing industry. He is a trained bookseller and has a Master of Arts Degree from the Ludwig-Maximilian-University of Munich in Publishing. He is currently employed as an Author Relations Manager at one of Germany’s biggest self-publishing platforms and in charge of e-book distribution, marketing and sales for self-publishing authors. In his spare time, he plays in various orchestras and loves all kind of gaming, books and movies.